When you go to bed at night, you probably have a small handful of things on your mind before you close your eyes for the evening. You may be thinking about conversations you’ve had earlier that day, or perhaps you’re thinking ahead to the morning ahead of you. However, if you’re one of the 8% of Americans who struggle with sleep bruxism, you may be preoccupied with something else altogether. You might want to know what is biofeedback for bruxism?

If you’re included in the millions of people who are affected by bruxism, a fairly common albeit debilitating sleep disorder characterized by grinding or clenching your teeth at night, your final thoughts before you slip into slumber may be focused on the seemingly inevitable pain that you’ll experience in your mouth and jaw when you wake up the next morning. And, more likely than not, you’re thinking about tomorrow’s discomfort with more than a touch of worry. 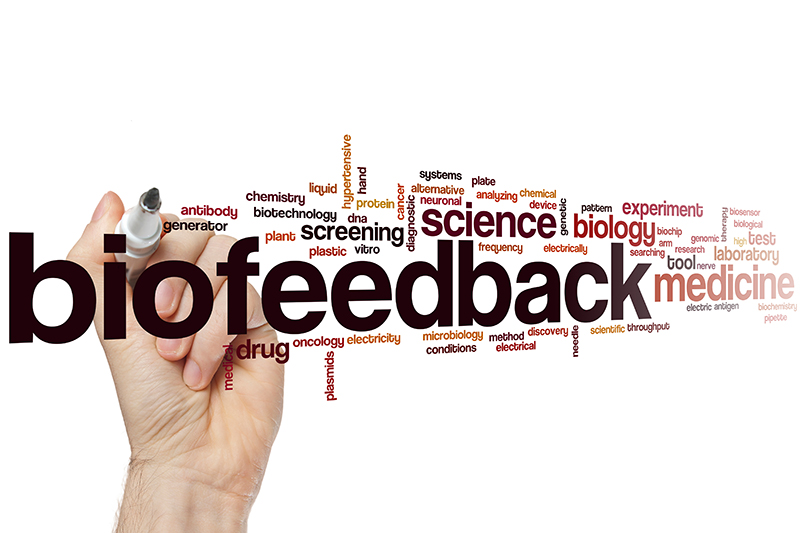 And you know what the worst part about your sleep bruxism is? Because this condition is considered more of an inconvenience rather than a life-threatening medical disorder – despite the severe toll it can take on your teeth, jaw, and temporomandibular joint (TMJ) – it may feel as though your complaints aren’t taken seriously by the healthcare community. What should a chronic bruxism sufferer do?

Before we can really dig deep into how biofeedback works to treat bruxism, it’s necessary to first give it a once-over with a critical eye to learn more about it. By doing so, you can start to slowly pick apart not only what biofeedback therapy is, but also why numerous scientists and medical researchers have pinned so much hope on its success. What exactly is biofeedback therapy, and how is it supposed to work?

Biofeedback is based on the premise that just like you can learn new behaviors, you can as easily unlearn them, too. While nobody would argue that bruxism is an intentional action, it’s still an autonomic behavior that occurs during your sleep cycle. Biofeedback therapy rests on the concept that you can actually unteach your body’s involuntary muscle activity when you sleep. By working alongside a therapist, and with the aid of an electronic sensor, you can learn to identify the onset of these behaviors and intervene when they start to occur. 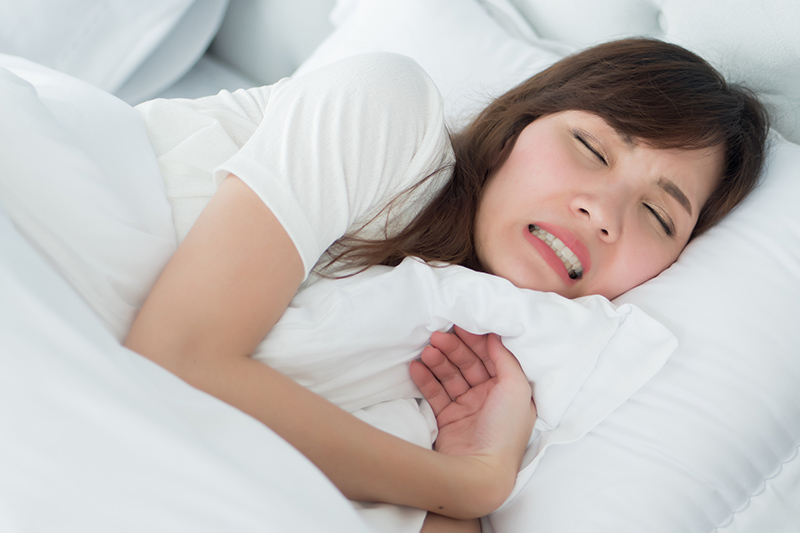 Of course, this is trickier when you’re asleep, which is why these skills are honed (over multiple sessions with your therapist) while you’re awake. During your appointments, your therapist will teach you how to become more aware of your actions. Your biofeedback sensor will detect when the unwanted behaviors occur, and will notify you (with either a sound, a flash, or even a small but painless zap) when you perform them. Over time, they’ll slowly start to taper off. The goal of your treatment is for you to not only stop these behaviors in their tracks when they do happen, but also to help prevent them before they start.

But here’s the burning question: how does the biofeedback work? Even though researchers aren’t completely sure why biofeedback works against bruxism, it’s strongly believed that its benefits may have something to do with the link between stress and the chewing action. It’s reasonably well understood that, while bruxism does have numerous different causes, it is largely tied to stress and anxiety and the relationship between bruxism and stress is undeniable. And because biofeedback targets the stress response, it’s believed that this therapy is able to modify the tooth grinding behavior directly.

Does Biofeedback for Bruxism Really Work?

It’s one thing to discuss how biofeedback therapy works in a controlled, clinical setting, but it’s another one entirely to claim that it’ll have the exact same effect on bruxism. After all, while researchers do recognize the link between stress and bruxism, does that automatically mean that you’ll be able to overcome your sleep disorder by learning how to manage your stress response?

The results are currently, unfortunately, ambiguous. While there’s a lot of speculation about the prospect of using biofeedback therapy to help successfully treat bruxism, there still hasn’t been any substantial evidence that firmly states that it’s a permanent cure for it. The interest in it certainly has been there. In fact, there have been multitudes of research studies on using biofeedback therapy to treat both daytime and sleep bruxism throughout the years. Despite many attempts to either confirm or debunk this treatment, though, the results have come back mostly inconclusive. Bias, inconsistencies, and poor design have all cast doubt upon these studies.

A couple of tiny studies have stood out, though, as showing a considerable amount of potential. By combining biofeedback therapy with another form of treatment known as contingent electrical stimulation (CES), a notable reduction in grinding events in bruxism suffers was noted during an electromyographic-measured (EMG) bruxism event. While this has not lent a definitive answer to whether or not biofeedback therapy is a reliable treatment option, it has encouraged researchers to dig a little bit deeper and explore the subject more thoroughly. 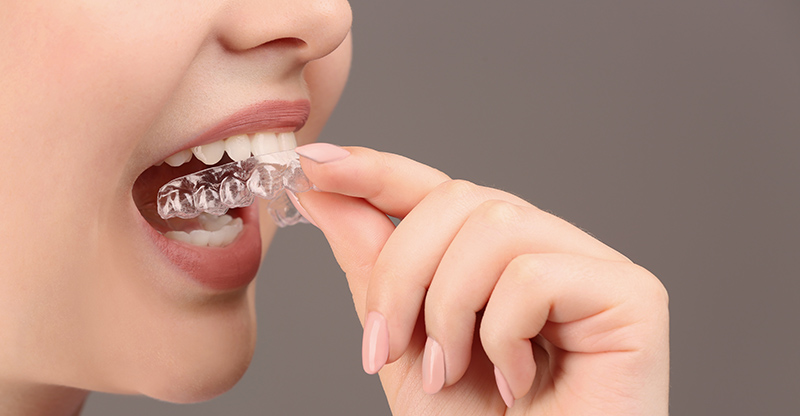 Biofeedback Versus Other Treatment Options

It’s too soon to say that biofeedback therapy is absolutely out. This treatment method does show considerable promise for relieving the painful symptoms of nocturnal bruxism. A small number of optimistic companies have developed their own biofeedback devices, but the majority of them are currently only being marketed to healthcare professionals instead of consumers. There are also a handful of products still in development and are expected to hit the public market in the next year.

Nevertheless, it may be a good idea to look at other options to help treat your bruxism. There are several different types of treatment available to bruxers, but some therapies do have a better reputation than others.

This treatment consists of injecting the botulinum toxin into your jaw muscle. While considered highly effective, it does come with serious risks (such as bone loss or paralysis of nearby muscles).

A more common treatment for bruxism, this method is quite safe and highly preferred by patients and dentists. While some studies hint that it may not always prevent clenching, it does definitely help prevent tooth damage. The only challenge in this regard is  choosing the right night mouth guard with the right price.

This treatment is considered extremely short-term, as it neither addresses the cause of the grinding nor is it regarded as sustainable.

These therapies can be helpful, but the patient does need to be consistent in their treatment.

There’s no one, uniform approach to any of these treatments, though. It’s important to note that all procedures are handled on a case-by-case basis between the patient and their doctor. Even biofeedback therapy isn’t considered wholly without risks, either. While it is considered to be safe for the most part, not all patients are going to be an ideal candidate for it. Those of you who have underlying heart or skin conditions may need to check with your healthcare provider before proceeding with this treatment method.

Should You Try Biofeedback Therapy for Bruxism?

If you’ve suffered from bruxism, you’re undoubtedly probably quite motivated (and even possibly downright eager!) to get lasting relief from the pain and discomfort associated with it. That said, it’s hard to say for sure if biofeedback therapy will benefit you. With all of the uncertainties surrounding it, it may be wiser to stick with methods that have been shown to work, such as behavioral changes and occlusal splints. At the end of the day, it’s your oral health that’s at risk, and you certainly don’t want to endanger yourself by experimenting with questionable therapies. If that means skipping over biofeedback therapy for a more verified treatment option, then that may be the solution you’ve been looking for to help fix your ongoing bruxism problem. 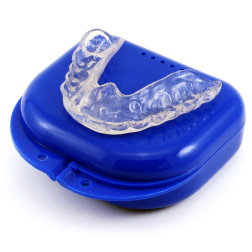 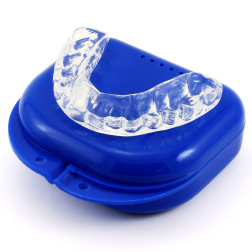 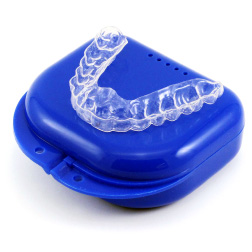 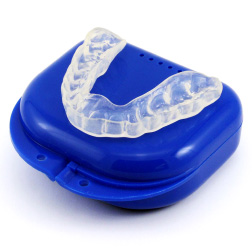 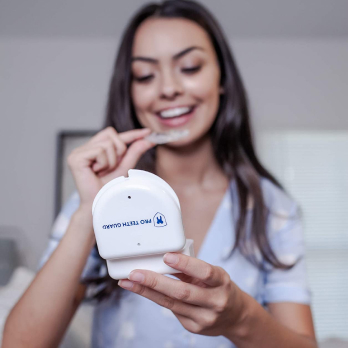